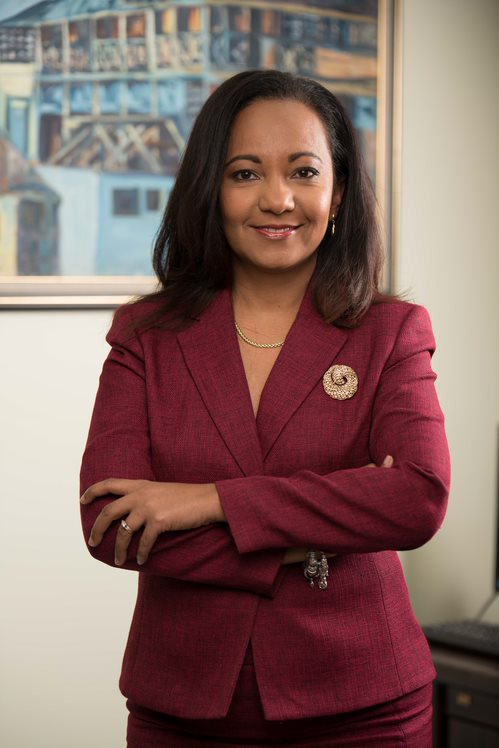 Mrs. Colette Roberts Risden was appointed Permanent Secretary for the Ministry of Labour and Social Security on January 1, 2015.

Those who have worked with Mrs. Roberts Risden describe her as an ardent, energetic, visionary with a dogged determination for success and a stickler for details. She first joined the public service in 1993 as Supervisor Cartographerat the Statistical Institute of Jamaica. She then went on to the Management Institute for National Development in 1997 where she worked as a Research Fellow. Mrs Roberts Risden was appointed to the Ministry of Labour and Social Security in January 2000 as Director, Public Assistance and later promoted to Director, Social Security in 2007. In January 2011, she assumed the position of Chief Technical Director in the Office of the Prime Minister.

Mrs Roberts Risden’s main area of specialization has been social development and research. She spearheaded the design and implementation of the Programme of Advancement through Health and Education (PATH), Jamaica’s premiere social protection programme that has been recognized as a success and studied by many worldwide.

PS Risden’s vision is to see the modernization and transformation of the Ministry of Labour& Social Security.

She is a graduate of the University of the West Indies from which she obtained a BA (Honours) in Geography and Economics and a MSc in Development Studies from the Consortium Graduate School.